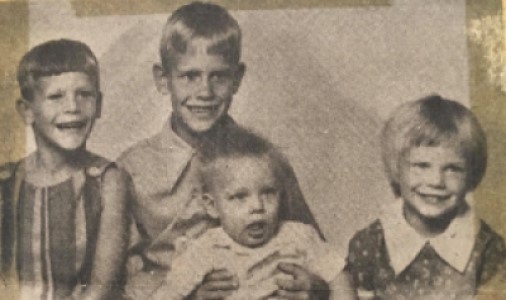 Tree forts. Backyards across the globe have some sort of tree fort. Some are made of rough-hewn wood and others have the fingerprints of a master carpenter.

Built in a tree, as you might expect, a tree fort serves as a sanctuary from childhood troubles, respite from chores, and a place to share secrets.

Tree forts are not tree houses. The best tree forts aren’t made by architects, utilize scrap wood and found nails, and have no amenities. There may be temporary amenities: You might run an extension cord up from the house or bring in sandwiches and drinks. That’s as upscale as the best ones get.

A tree house brings forth ideas of fancy in-tree (or merely connected to a tree) dwellings which fill Pinterest. That’s not what I’m talking about. Not at all.

I have fond memories of tree forts. One in particular was built by Mr. Kort two doors down. Mr. Kort owned a local hardware store and knew his way with a hammer. His fort was built in a sturdy maple on the north end of his backyard. So unimpressive ascetically, no one bothered to take a photo of the Kort’s fort. Mr. Kort didn’t build it to show off. He built because he loved his children.

I know this because I played with three of his five children Brian, Julie, and Chip during those years. That’s them in the photo, along with their older brother Brad. Little brother Ryan hadn’t yet arrived.

For me, it reminds me of the best of days. I’d sneak up in that misshapen (but remarkably solid) fort alone in the evening. Nothing amiss. I just needed space, as confined and cozy as it was. Mostly, though, it was the Kort kids, with other neighbors Sherri, Jeff, and Evie joining in.

It fit three people at most. Constructed from plywood and 2x4s, it withstood numerous storms and Chicago blizzards. To get in, you had to climb the tree. Sure, a couple short pieces of 2×4 might assist. Who uses those? You’re eight years old. You’ve got this.

A tree fort represents more than the physical thing itself. It is a time of play, innocence, and curiosity. It is when children haven’t yet divided themselves. If you played in that fort, you were a friend. It was completely inclusive and exclusive simultaneously. It was goodness and giggling, fun and, yes, occasionally fighting.

Arguments were left in the fort. After all, there was Whiffle ball to be played in the Kort’s or our backyard. Batter up!

The nearby “Trails” needed to be explored for the umpteenth time. One path, close to the road, had milkweeds, and where there were milkweeds, there were monarch butterfly caterpillars.

Aluminum pop cans needed to be picked up and returned for candy money at the Royal Blue or White Hen Pantry. Marathon bars and RC Cola, to be exact.

No argument was worth getting in the way of those good times.

That’s why I named my publishing house Tree Fort Books. I want readers to fall in love with playful tales. If you’ve got a tree fort (send me a photo of yours), bring your Kindle up there and spend a few minutes. Your couch or bean bag chair will work just fine.

If you want to build your own tree fort, check out these books on Amazon. I get a cut from anything you buy through the link.

True friends are always together in spirit.

Please, sign up for my newsletter. I hope to use this to announce a big movie deal (Tim Burton, let's play). Until then, it'll be used to alert you to new stories and appearances. Your information is safe with me. No spamming, selling, or otherwise abusing this information. If you just want to contact me, here's an easy way.

This site may contain affiliate links so I earn a commission. Please read my Privacy Policy for more info.
© Copyright 2023
All Rights Reserved.
LiteratureTutor.com